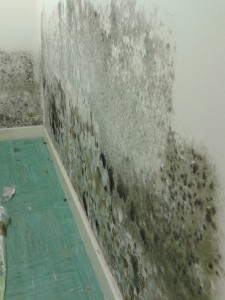 The health effects of black mold are very serious, and a mold problem should not be taken lightly. This article is going to cover some of the dangers of black mold so that you understand why mold is such a problem and how it should be cleaned up.

When a mould contamination is present in a building in Ireland, it can cause health issues through the toxicity that builds up in a person’s body. The dangers from toxic black mould can occur through several forms of exposure, including:

If you are exposed to the dangers of black mold in any of these ways, it is likely that symptoms will develop and you will experience increased health problems. The symptoms usually start out small, because the mold exposure is small in the beginning.

But, as the mould growth spreads, the number of mold spores in the house quickly increases, causing a compounding effect on your health problems.

Some illnesses that are caused by black mold include: allergies, asthma, stuffy nose, sinus infections, lung infections, lupus, dizziness, headaches, nausea, chronic fatigue syndrome, fertility problems, and even cancer. If you have been experiencing any of these symptoms for an extended period of time, then it is a good idea to have your home tested for mould problems