Skip to content
Home » Articles » Nearly half of us live in draughty, damp or mouldy homes: Problem found to be worse among rental properties. 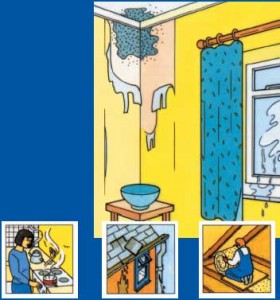 Millions of us put up with draughty, damp or mouldy homes, research suggests.

A poll of 2,000 people suggests that 35 per cent of people find it hard to keep their house warm, nearly always because of poor insulation.

The survey, conducted by Ipsos MORI for the Energy Saving Trust, found that 44 per cent of people said they lived in a draughty home, 38 per cent complained of condensation problems in their property and 29 per cent said they had mould.

Britain has one of the oldest stocks of housing in Europe, with many homes freely leaking heat and letting in cold air and water.

Major efforts have been made to improve energy efficiency, but many people still live in homes with problems.